Conservation Minister Dr Nick Smith has announced a $4.5 million extension to the Department of Conservation partnership with Air New Zealand with a new focus on marine protection.

Date:  23 September 2013 Source:  Office of the Minister of Conservation

"Air New Zealand's commitment to support DOC with an additional $4.5 million is a huge boost and comes on top of the $2.9 million committed in 2012. In total, Air New Zealand will be committing $7.4 million to conservation, $5.4 million on terrestrial and $2 million on marine as part of its partnership with DOC," Dr Smith says. 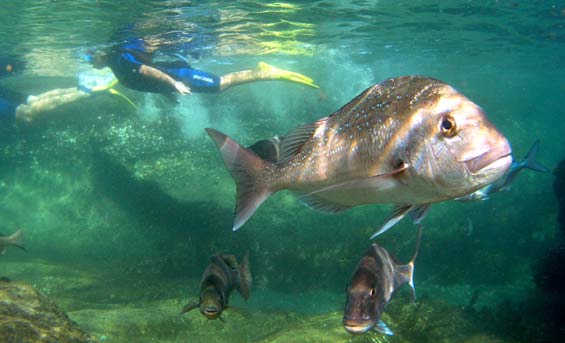 “Marine protection is the new frontier for conservation and is vitally important for New Zealand. Our ocean area is sixteen times that of our land mass and is home to 80 per cent of New Zealand’s endemic species. We are better positioned than any country in the world to lead on responsible protection and use of the marine environment. This investment will enable an expanded research and monitoring programme that will help unlock the mysteries of the sea.

“The Government has an ambitious programme of expanding marine protection with 10 new marine reserves proposed over the next year around the West Coast, Akaroa and Kaikōura coastlines, and the Sub-Antarctic Islands.

“This expanded partnership makes good sense for both parties. DOC, with its conservation for prosperity direction, needs to partner with successful businesses that can help the conservation cause. Air New Zealand is adding authenticity to its brand by not just promoting our spectacular scenery and species, but by being a partner in protecting them.

“The first 18 months of the partnership has seen significant gains on land with the reintroduction of species like kiwi, whio, pateke and robins to our National Parks and record increases in the number of people experiencing the Great Walks.

“The extension to the marine environment is the logical next step and will benefit both conservation and tourism,” Dr Smith says.

“More than 500 native birds and reptiles have been transported via the airline’s domestic network. Biodiversity projects have also been established around the Waikaremoana, Milford, Routeburn and Rakiura Great Walks to control predator numbers, undertake environmental monitoring, and reintroduce various native species into their natural habitat,” Mr Luxon says.

“The National Parks and marine reserves that DOC works hard to preserve and protect throughout New Zealand form part of the environmental and cultural fabric of our country. As New Zealand’s national carrier, we have a responsibility to support the great work undertaken to further align conservation with recreation and tourism,” Mr Luxon says.

The $7.4 million partnership is a mix of both direct funding and services and will run until mid-2017.