The Government has today announced its final Threat Management Plan for dolphins which confirms additional protections for the Māui dolphin in Taranaki and releases new promising population estimates for the Hector’s dolphin.

The Government has today announced its final Threat Management Plan for dolphins which confirms additional protections for the Māui dolphin in Taranaki and releases new promising population estimates for the Hector’s dolphin.

“Our greatest concern is for the critically-endangered Māui dolphin. It is the world’s smallest and rarest dolphin with an estimated population of just 55 adults,” Conservation Minister Dr Nick Smith says.

“The greatest threat to the Māui dolphin is set-netting, with two confirmed and three likely deaths since 2000. I am proceeding with my September proposal to extend the set net fishing ban by 350 square kilometers from Pariokariwa Point and Waiwhakaiho River in Taranaki and between two and seven nautical miles offshore,” Dr Smith says. 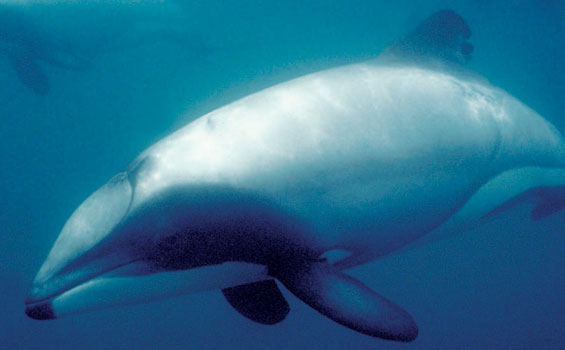 “The Threat Management Plan also confirms the interim measures put in place in response to a probable Māui death in a commercial set net off the Taranaki coast in January 2012. The plan includes a set net ban out to two nautical miles between Pariokariwa Point and Hawera and mandatory observer coverage in the area between two and seven nautical miles. MPI will fund approximately $400,000 per year for the ongoing cost of independent observers,” Primary Industries Minister Nathan Guy says.

“The most contentious issue in this plan is how far to extend the set net ban. We are taking a cautious approach by banning set netting where there is clear evidence the Māui dolphin go while not unnecessarily banning fishing where they are not. There have been five reported Māui sightings in recent years in the area of the extension. There have been no sightings of Māui dolphin south of the set net ban area despite 91 days of fishing trips monitored by independent observers on vessels over the past year,” Dr Smith says.

“95 per cent of the threat to Māui dolphin is from fishing but the new plan also includes additional non-fishing protections. A mandatory code of conduct will apply to any seismic survey work in all New Zealand fisheries waters. Another code of conduct will be developed for the inshore boat racing industry to limit the risk of vessel strike,” Dr Smith says.

“The plan also includes the establishment of a Māui dolphin Research Advisory Group to undertake research and work with stakeholders to maintain ongoing cooperation to ensure the survival of the Māui dolphin,” Mr Guy says.

The Hector’s Dolphin, of which Māui in the North Island sub-species, is also covered by the Threat Management Plan.

“We are hugely encouraged by the latest population estimates for Hector’s dolphins on the East Coast of the South Island which has seen their estimated population increase from 1,800 to approximately 9,000. This increase arises from an aerial survey last summer which recorded a population range of between 6,300 and 13,100 and was confirmed by a winter survey with a range of between 5,200 and 10,600. This positive information confirms the value of our research and will help us to make better informed decisions. It also makes us more optimistic that we can ensure these amazing creatures survive for future generations,” the Ministers say.