Two yacht-based wildlife expeditions are heading to Campbell Island and the Auckland Islands to conduct the first-ever comprehensive survey of yellow-eyed penguins in the subantarctic.

Two yacht-based wildlife expeditions are heading to Campbell Island and the Auckland Islands to conduct the first-ever comprehensive survey of yellow-eyed penguins in the subantarctic. The Department of Conservation led expeditions are expected to depart from Bluff on Tuesday 13 November if weather conditions are suitable.

'The aim of these trips is to carry out the first-ever simultaneous count of hoiho on both Campbell and Auckland islands', says Jo Hiscock from the Department of Conservation. 'The subantarctic is a stronghold for this species, and we want to get a better picture of how big the populations are, as we know very little about them.' 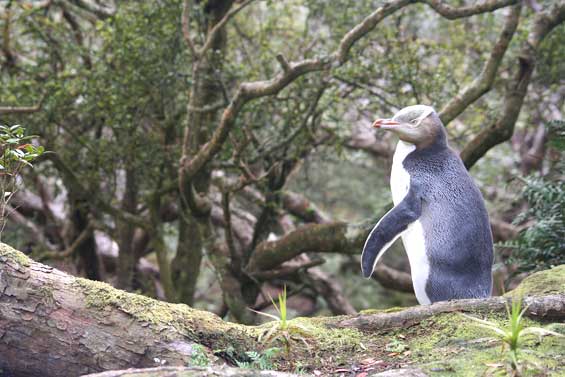 'It is very difficult to survey yellow-eyed penguins on these remote islands. They don't live in large open colonies like Antarctic penguins do. The only way to count them is to find a headland with a view of a stretch of coast and watch as the birds come and go from the sea in the early morning,' says Jo Hiscock. 'We know from previous research that the yellow-eyed penguins in the subantarctic will be sitting on nests incubating eggs at the moment, and this is the best time of year to conduct a survey. But it's going to be a challenge getting ashore, especially if we have strong winds and rough seas, which are very common down there.'

'It's critical that we know how well yellow-eyed penguins in the subantarctic are faring,' says Sue Murray, general manager for the Yellow-eyed Penguin Trust. 'They are very isolated, but isolation doesn't guarantee safety. The more we know about them, the better we will be able to ensure their survival.'

As well as counting penguins the Campbell Island expedition will be using a trained rat dog to check that the island is still rodent-free. A trained teal dog will be used to find rare flightless Campbell Island teal, which were reintroduced to the island in 2005 after Norway rats were eradicated.

The Auckland Island expedition is led by the Department of Conservation's Jo Hiscock with support from the Yellow-eyed Penguin Trust. The 12-person team, which includes six paying volunteers, will sail on the 25-metre yacht Evohe, skippered by Steve Kafka.

The Campbell Island expedition is led by Department of Conservation's Contractor Sandy King from Stewart Island. The 6-person team will sail on the 15-metre yacht Tiama, skippered by Henk Haazen.

Media are welcome to come to the Department of Conservation quarantine store (65 Eye St, Invercargill) between 2 and 2:30 pm on Monday 12 November.

There may be a short time when media could visit the team aboard Evohe while they prepare to depart. Both expeditions are busy with briefings and quarantine checks on the Monday, and they set sail on Tuesday morning (weather dependant).