The Toroa Award acknowledges environmental action programs undertaken by students that support conservation in their community. It’s a joint award presented by DOC and the Otago Peninsula Trust.

“The award was first announced in 2010 and is now into its third year. We’ve been really impressed with the high standard of nominations in previous years”, said Lucy Hardy, Community Relations ranger, DOC Coastal Otago. 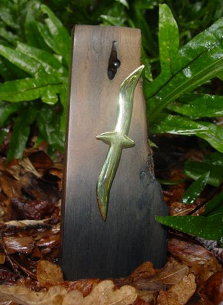 Previous winners have included Healthy Harbour Watchers (winners in 2010, a project to help students collect and analyse water samples from various marine and freshwater sites around Dunedin) and Conservation Pathway Kaikorai Valley College (winners in 2011, a venture bringing together high school students with community groups to enhance the environment of Kaikorai Stream).

All schools and early childhood centres in the Coastal Otago area (Dunedin City, Clutha District, Waitaki District south of the Waitaki River and inland to Duntroon) are eligible. “We have had some great runners-up in the past, not just from secondary schools, but also primary and early childhood centres. We would encourage any previously unsuccessful nominations to re-enter for the 2012 Toroa Award”.

“We’re aware of the huge demands on teachers, so we’ve designed this award to fit into the current curriculum. We’re asking for brief descriptions of the actions, benefits and community involvement in a recent or current project, with some evidence of the students’ work,” said Sally Carson, Education Advisor for Otago Peninsula Trust.

The Toroa Award will be presented at the Otago Conservation Awards during Conservation Week (9-16 September). Winners receive a trophy and prize.

All schools should have received a nomination form by post, but a parent, student or community member can also nominate a school, class or student for the award. Nominations are open until August 27 August.