The Tāwharanui Marine Reserve covers approximately 400 hectares of the northern coast of the Tāwharanui Peninsula near Kawau Island. 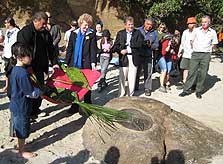 It will replace the Tawharanui Marine Park. The marine reserve has a straighter, clearer boundary than the marine park and will be around 16 hectares larger.
““Tāwharanui is a remarkable coastal area renowned for its beauty and unique geology and is incredibly popular for swimming and snorkelling,” says Ms Wilkinson.

“The area covered by the marine reserve has been a no take fishing zone for 30 years. More than 50 species of fish have been recorded in the reserve area and schools of red moki, blue maomao, red mullet, bigeye and koheru are commonly seen.

“The diversity of fish, other marine life and extensive reefs make Tāwharanui an ideal site for scientific research. 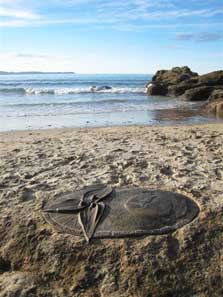 “It clearly meets the criteria for a marine reserve and the government was pleased to approve the Auckland Regional Council’s application to give the area this status.”

Marine reserves protect areas containing underwater scenery, natural features and marine life of such significance that their continued preservation is in the national interest.

The Tāwharanui Marine Reserve legally comes into effect on September 15.