Yes we can protect our precious wetlands

Waterway users at Ō Tū Wharekai wetlands only have to slip up once to lose their playground to the unpleasant consequences of didymo - but it cannot get there unaided.

Waterway users at Ō Tū Wharekai wetlands only have to slip up once to lose their playground to the unpleasant consequences of didymo - but it cannot get there unaided.

Not only do they threaten New Zealand’s biodiversity, didymo infestations have cooked jet boat motors, interfered with launching, created frustration for fishermen and repulsed swimmers. 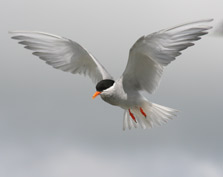 The Department of Conservation (DOC) has provided a cleaning station at Hakatere Corner and hopes all travellers will make use of it so that didymo and other freshwater pests aren’t carried upstream into the protected area. Kennedy Lange, DOC Officer from Geraldine, has extensive knowledge of the values at Ō Tū Wharekai and sees how key the public is in ensuring didymo does not spread to this area.

“If anyone believes it is inevitable that didymo will get to these valuable waterways, they should reconsider. Didymo has to be transported and those who use the area have complete control over what they carry in. 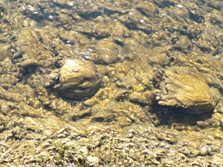 “It is the only way to safeguard future enjoyment of these popular recreation destinations and to preserve habitat vital to the survival of our threatened native species.”

Lange is worried by the discovery of didymo at Blowing Point.

“Finding it a mere five kilometres from the wetlands intensifies the threat to the area we are working to restore and preserve. Not only that, boats that come to the Ashburton Lakes may have been used on Lake Hood, an area where didymo is known to be present.”

Each year hundreds of holiday-makers flock to the Ashburton Lakes, but these lakes, rivers and wetlands are more than a playground. Ō Tū Wharekai is one of two wetlands in the South Island and one in the North Island that are undergoing restoration and preservation work. They are home to some of our most endangered bird and fish species including the uniquely-beaked wrybill/ngutu pare and graceful black-fronted tern/tarapirohe.

“If didymo establishes itself in Ō Tū Wharekai there is little we can do. We don’t have the option of flushing it out to sea, as was attempted in the Waitaki recently. The only option is for all of us to act now to conserve this outstanding piece of New Zealand,” Lange concluded.

“Our precious places can be protected.”