Celebrating Seaweek - from mountains to sea - in Wairarapa

Streamsides were planted and dunes weeded in the Wairarapa during Seaweek (1-8 March) , highlighting the connections between the land and sea.

Streamsides were planted and dunes weeded in the Wairarapa during Seaweek (1-8 March) , highlighting the connections between the land and sea.

From the mountains to the sea was the theme of Seaweek in Wairarapa, which incorporates two mountain ranges, and a spectacular coastline. Most of the population however is concentrated inland.

“The goal for us this year was to demonstrate the relevance of Seaweek to landlocked urban towns in Wairarapa,” Department of Conservation community relations programme manager Amanda Cosgrove said. 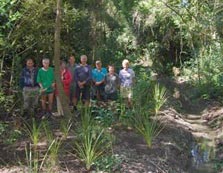 “Running events such as our stream planting day at Tate’s Reserve in Greytown may not seem like a sea event.

"However, the stream supports species, such as eels, that rely on the sea for survival. How we treat our fresh water effects our sea life including the fish we have for dinner.”

Members of the public were also invited to a weeding day at Onoke Spit, where the dune system supports sea birds, katipo spiders and a rare native moth.

These events, along with radio giveaways and an art competition, provided an opportunity to demonstrate how water moves down from our mountain ranges, through our local towns and communities and out into the ocean. 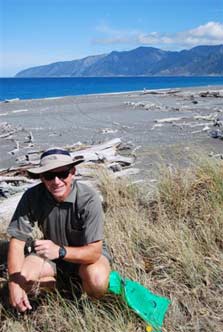 “Various species rely on the responsible management of this resource,” Amanda Cosgrove said.

Nationally organised by New Zealand Association for Environmental Education Seaweek is interpreted in diverse ways around the country.

The final Wairarapa event is an art competition which has attracted a variety of entries from across Wairarapa.

"Judging is due to take place this week and next week we’ll announce the winners, including the overall winner of the Sam Ludden eel sculpture,”  Amanda said.

“It’s great to see young artists interpret Seaweek for others to think about.”  ENDS