Skip to content
Biodiversity Ranger Supervisor Darrell Haworth explains the how and why of backyard trapping
Image: Jolan Kilkelly | ©

Find out more about the PF2050 goal and how we plan to achieve it.

Predator Free 2050 aims to eradicate stoats (‘stoats’ includes all three mustelid species of stoats, ferrets and weasels), rats and possums. Because, collectively, these animals inflict the worst damage of all the introduced pests on New Zealand’s plants and wildlife.

To succeed, we're aiming at a series of milestones and supporting our progression with new tactics and inventive technologies.

Predator Free 2050 is possible if we do things differently.

New Zealand is a world leader in technology and research for conservation. We’ve made progress once thought to be impossible.

Our tactics to achieve Predator Free 2050 are cooperative efforts that:

We're creating new partnerships and funding opportunities to support kiwi inventors, businesses and entrepreneurs build the path to a predator free New Zealand. Grants have been awarded to projects with the potential to create jobs across the country and reach national and global markets.

DOCs Tools to Market programme and Predator Free 2050 Limited, a crown owned company, work together to ensure the best use of funding from the government to invest in predator control.

Predator Free 2050 Limited’s Products to Projects programme is an example of this, funding development of five new products in 2019. They've also received a further 81 new proposals for this funding, 63 of which are for further product suggestions to help predator control efforts.

The Cacophony Project brings technology together to detect predators and monitor birds via web applications, backend services and machine learning.

In 2019, the project further developed a thermal camera to become the most sensitive detector equipment of introduced predators available in New Zealand. It's the world's first designed to track small, fast-moving predators and with integrated AI.

The project is entirely open source and anyone can contribute. 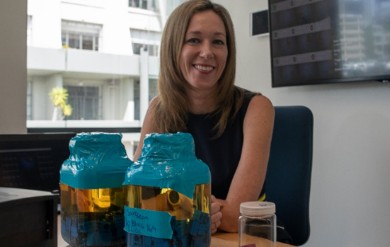 Biosecurity experts at Boffa Miskell Ltd have been working to provide a cost-effective alternative to food-based baits that deteriorate quickly in the field.

The lure was created using a solid-state, biodegradable plastic polymer block which is treated to make it long-lasting and attractive to target predators.

Different treatments are being developed and tested to make the block as attractive as fresh bait and able last for months at a time.

Once the development is completed, the blocks will vastly reduce labour costs associated with replenishing baits. 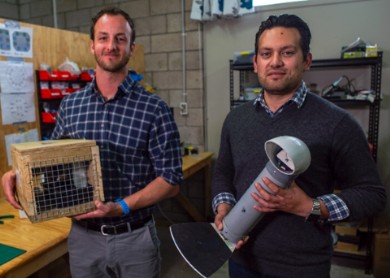 The species detecting Spitfire trap by Environment and Conservation Technology Limited in Tauranga is a self-resetting toxin delivery device.

It uses different housing designs and spray toxins to control possums or stoats and can be left unattended for a year.

Two new traps have also been developed that reduce the labour resources needed to reset and re-bait trap networks.

The air-powered Hammerforce trap by Hammerforce Ltd is based on a patented Hammer Force Technology® valve system. It can function multiple times per refill with no disposable components.

The Auto Rebait Reset Trap by NZ Autotraps Limited uses a mechanical drive, rechargeable battery and auto-lure dispenser. It can reset 100 times and can be left in the field for up to six months. 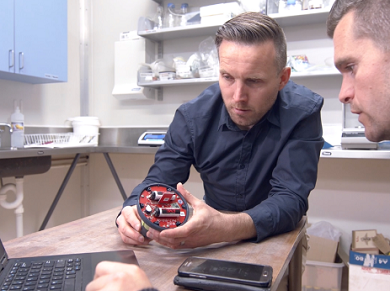 In 2019, ZIP began development of their Remove and Protect system for trial.

The system includes an automated lure dispenser, precision rat and stoat trap, electronic transmitter, LoRa-Iridium satellite box and webserver for handling data from remote trapping networks. Funding from 'Products to projects' will enable production and supply of these tools to projects from early-to-mid 2020.

In January 2018, ZIP received funding to develop cost-effective approaches to remove all possums and prevent their reinvasion. The project is also assessing approaches for rat and stoat management.

This programme is investing in the development of new predator control tools and technology to support Predator Free 2050.