1080 is a highly emotive subject. Considerable misinformation about it circulates online and in conservation, making it difficult for people to know what to believe.

No kiwi has been found dead as a result of 1080 poisoning, ever. Threatened Species Ambassador Nic Toki explains the facts in an article for The Spinoff:

1080 does not kill kiwis – on the contrary, it helps them live

The kiwi in the photograph above were killed by cars and dogs over three years and collected by DOC.

The local community group who first posted the image on Facebook were clear about the facts. They were ‘extremely annoyed’ to learn that anti-1080 campaigners were using it to make fraudulent claims against 1080 – a crucial tool in kiwi conservation.

In 2011, anti-1080 campaigner Clyde Graf released a media statement linking biodegradable 1080 with the death of 89 kiwi in the Tongariro Forest Kiwi Sanctuary. It was titled “89 Dead Kiwi – 1080 clearly not working” and has been discussed online under the heading “89 Kiwi Killed In 1080 Drop”.

Graf's statement selectively quoted information provided by DOC and claimed that 1080 drops in the forest had failed to protect kiwi. It also suggested the biodegradable toxin itself could be responsible for the deaths.

In fact, predator control in the area had resulted in many more kiwi surviving than would have otherwise. We clarified the facts with a media release: 1080 kiwi claims extremely misleading.

In 2018, crucial ferret traps in the area were sabotaged.

The myth that 1080 kills everything has been disproved repeatedly by scientific studies.

Silent forests are a result of the problem conservationists are trying to solve: introduced predators are killing an estimated 25 million birds each year in New Zealand.

Unprotected forests are indeed quiet, and without pest control, they will only get quieter. 1080 is an effective, proven solution.

Blog: Trail-cam footage before and after a 1080 operation 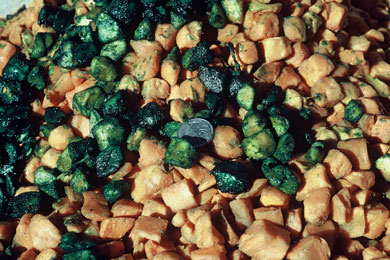 Modern 1080 operations have little in common with those of the 1960s. Unfortunately, old stories continue to circulate, creating a false picture of today’s conservation efforts.

This high bait loading, combined with many small bait fragments, or ‘chaff’, led to high rates of poisoning in non-target species in certain cases.

Extensive research and development has changed the way DOC and other organisations use 1080.

Why some people have concerns about 1080

Despite extensive 1080 research and strict regulation, a minority of people still have concerns. We address the most common ones here.