New Zealand's beech forests are made up of five species of southern beech.

Beech forests are the largest remaining indigenous forest type in New Zealand, mainly because beech forests are found on mountainous land not generally regarded as the best for agriculture.

Beech trees generally seed every 4-5 years but a cool summer followed by a warm one can lead to intense and widespread flowering throughout beech forests. This causes widespread beech forest seeding or 'masting'.

When a beech mast occurs, it leads to a dramatic rise in mice and rat populations, who feast on the plentiful seed all winter. A single female rat can potentially produce 10 offspring every eight weeks. These predators turn to our native birds for food once the seeds disappear.

Widespread beech forest seeding occurred in 2014 and 2016 and led to our Battle for our Birds national pest control programme, protecting our vulnerable native species from a predator plague. 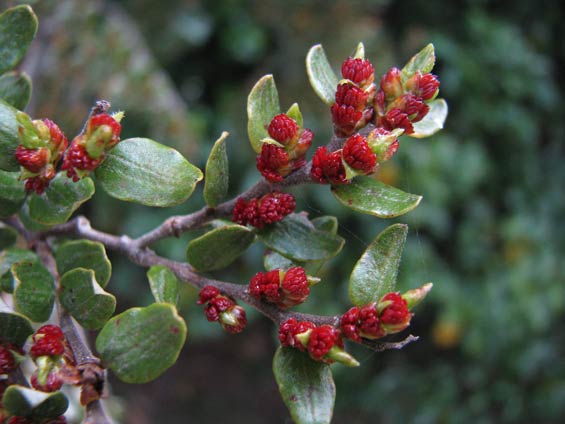 Beech trees flower in spring and are wind pollinated. After fertilisation, beech flowers produce seeds in the form of small winged nuts which fall in autumn. The seeds rarely blow more than a few metres before falling to the forest floor where they germinate the following spring. The half light of the forest floor stunts the growth of seedlings until a mature tree falls and light floods in. Once established, a beech tree can grow over 30 metres tall and can live for more than 300 years.

Three species of native mistletoe depend on beech forests for their survival. Korukoru or crimson mistletoe (Peraxilla colensoi) has scarlet, sometimes yellow, flowers and can reach three metres across. This mistletoe grows almost exclusively on silver beech. Pirirangi or red mistletoe (Peraxilla tetrapetala) has bright red flowers and grows on black, mountain and silver beech. Alepis flavida, has orange-yellow flowers, and is found mainly on mountain and black beech. All three species of mistletoe are threatened with extinction from possum browse.

The beech strawberry fungus (Cyttaria gunnii) has distinctive orange-yellow golf-ball-like fruiting bodies and is only found on silver beech.

A group of fungi, known as mycorrhizae, enjoy a mutually beneficial relationship with beech trees. Living on the tree roots, the fungi take sugars while in return the beech tree absorbs minerals, which the fungus has transported from the surrounding soil. 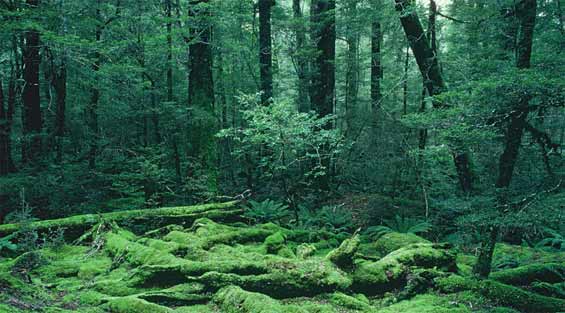 The beech scale insect plays a vital role in the food supply for a range of native bird and insect species. The native insect lives in the bark of beech trees drawing off the sap. The insect then excretes sugary liquid drops, known as honeydew.

Beech scale insects infest all species of beech tree except silver beech. They are particularly common on beech at the foothills of the Southern Alps. The honeydew drops have a high sugar content and are an important energy source for birds including tui, bellbirds and kaka. Lizards, possums, rats, honeybees and wasps have also been recorded feeding on honeydew.

When enjoying beech forests, take note of any signs warning of poison and other Department of Conservation signs. Do not interfere with native birds or the traps and bait stations that are there to protect them. Dogs are not allowed in national parks and restrictions may apply elsewhere. In places where they are allowed, dogs must be under control.

When enjoying the outdoors, pay attention to fire warnings and local weather conditions. Trampers, hunters, fishers and other explorers of the backcountry are asked to carry in personal cooking equipment and only operate stoves well clear of vegetation. Land owners should be aware that in New Zealand permits are required to light fires within one kilometre of public conservation land. It is important to remember that fire authorities can seek to recover costs if a fire gets out of control.