Lowland longjaw galaxias have a pencil-thin body and a long bottom jaw that protrudes over their top lip.

They are a pale lemon colour, with silver flecks lining their back over dark-brown splotchy patterns.

With only a few remaining populations, the lowland longjaw galaxias is New Zealand’s rarest native fish, affectionately known as ‘jaws’.

Lowland longjaw galaxias (Galaxias cobitinis) thrive in cool springs and streams amongst the cobbles and gravels in the fast-flowing riffles of braided rivers.

The few remaining populations are in the Kauru and Kakanui rivers in North Otago, and in a handful of spring-fed streams in the Mackenzie Basin. The lowland longjaw galaxias found in the Kauru and Waitaki catchments are genetically distinct from each other.

The adults need clean, ‘roomy’, movable substrates so they can burrow into the cracks and crevices between rocks. In winter, their young can be spotted in schools swimming in slower moving water, such as pools and backwaters.

Their main threats are habitat loss from land development; the invasion of aquatic weeds (such as monkey musk), which clog waterways; and being eaten by introduced fish species such as trout. A combination of these threats recently caused the extinction of two lowland longjaw populations.

Changes in land use, such as stock access to streams, reduction of native vegetation, and forest harvesting are also contributing factors to its decline.

These land changes impact on the streams in which galaxiids live, increasing sedimentation, changing the natural flows through water abstraction, and reducing habitat available for spawning.

This map shows the known locations of lowland longjaw galaxias, as at 2013. 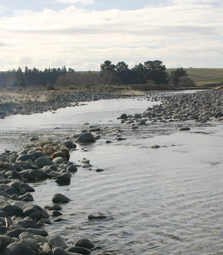 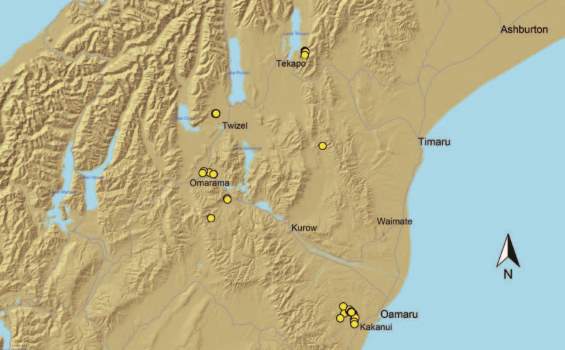