Eldon’s galaxias are a sleek fish; dark grey-brown in colour. They also have creamy gold bars, bands or patches along their body.

With only 18 known populations left, Eldon’s galaxias are one of New Zealand’s rarest freshwater fish. Their total remaining habitat can fit in an area of less than 5.4 hectares.

Classified as ‘Nationally Endangered’ they share the same threat status as the rare South Island kākā.

Eldon’s galaxias (Galaxias eldoni) or Eldon’s, as they’re known, are found in eastern areas of Otago. They live in small tributaries of the Taieri, Waipori and Tokomairiro rivers, draining from the Lammerlaw range, downstream of Lake Mahinerangi.

They make their home under banks and amongst the gravels of very small headwater streams that are typically about 200–900 m above sea level and surrounded by vegetation such as tussock, mānuka and coprosma.

Features of Eldon’s galaxias include:

Over the last decade we have lost 20% of known Eldon’s populations. This can be directly linked to the spread of sports fish (trout and brook char), which eat galaxiids; and changes in land use such as stock access to streams, reduction of native vegetation, land development and forest harvesting.

This map shows the known locations of Eldon's galaxias, as at 2013. 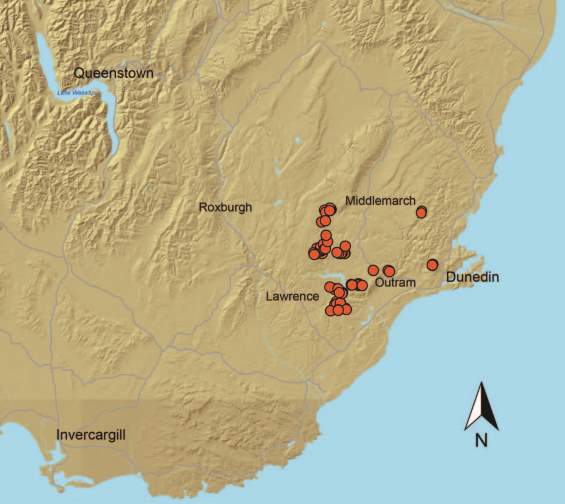