Diversity of our natural heritage is maintained and restored

Ecosystem representation – the full range of ecosystems is protected somewhere

50 freshwater ecosystems are restored 'from mountains to the sea'.

New Zealand's special species and places are our taonga and are at the heart of what it means to be Kiwi. New Zealanders are rightly proud of the diverse and distinctive range of natural heritage this country offers. In fact, around 70 percent of our native birds, 80 percent of our plants, and all of our native land reptiles, frogs and bats are found nowhere else in the world. However, New Zealand's natural heritage has greatly reduced in diversity and extent over the past 700 to 800 years and is continuing to be degraded by introduced pests, human activities and the impacts of climate change. This affects the services that ecosystems6 provide, such as clean water and healthy soils, and reduces the flow-on benefits to New Zealand's prosperity.

Kiwi are distributed across the country in predominantly indigenous forest areas.8 They are also present on a few pest-free islands as well as in both DOC and privately run sanctuaries.

By 2015 the national population of kiwi is estimated to be only 67,500 birds, or 3 percent of the original prehistoric density. Thanks to conservation management, the four rarest kiwi species are now increasing, as are many populations of the other species being managed by community groups and by DOC. Unmanaged populations of four brown kiwi are likely to be declining by 3 percent per year, and unmanaged tokoeka and great spotted kiwi by 2 percent per year.

Pest management – Battle for our Birds

This year a heavy seeding or mast was predicted to happen across most South Island beech forests. Beech trees produce variable seed crops between years but this heavy seeding was exceptional and predicted to drive introduced predators such as rats, mice and stoats to record high numbers.

DOC identified several sites in parts of New Zealand where rare native species are under greatest threat. Seedfall and rodent levels were monitored at these sites and, where thresholds were met, wide-scale predator control was actioned, which totalled more than 600,000 ha of public conservation land – the 'Battle for our Birds'.

Several bird species vulnerable to introduced predators were monitored to determine the effects of predator control operations. For riflemen, robin and mohua/yellowhead, no monitored birds were killed from taking poison bait, and all monitored nests showed much better success at breeding and fledging following the control operation than before the operation. Further monitoring is required to understand the medium-term benefits of these operations.

The aim is to have ecosystems that contain and are shaped by native plant and animal species. Native plant species continue to dominate on public conservation land, despite the number of invasive weed species now in New Zealand.

Weeds impact on our native plant species. Based on what has been learnt from the status and trend monitoring programme, it can be predicted that some widespread, common woody environmental weeds could become more common in low rainfall zones under climate change forecasts, especially species such as gorse and prickly hakea, which are flammable and recolonise rapidly after fire. If regions with 1600–2500 mm rainfall become drier under climate change, current invasions by woody environmental weeds could become more widespread in those regions. Figure 2: The benefit for native bird species of 1080 poison control operations for rats and stoats in beech forests.

Lodgepole pine (Pinus contorta) was the most frequent invading conifer of plots and, importantly, was the only woody environmental weed that was recorded in plots in the alpine zone, as small plants, probably not long established. Lodgepole pine could expand in range in the alpine zone under climate change, and it can alter soil nutrients, and support and benefit from fire, which is naturally very uncommon in the alpine zone. Early detection and management of lodgepole pine in these areas of unique biodiversity is critical.

New Zealand's national parks are less likely to be invaded by woody (e.g. wilding confers, gorse, Scotch broom) and non-woody non-native plants (e.g. the Japanese honeysuckle, and grasses browntop Agrostis capillaries and cocksfoot Dactylis glomerata) because they occur mostly in high-rainfall zones and most of them are largely forested below the natural treeline. 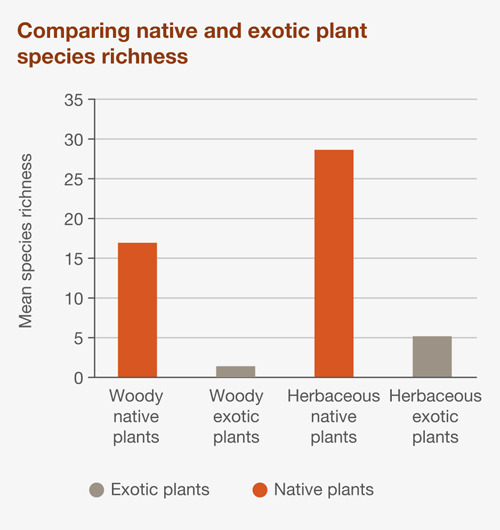 Ecosystem representation – the full range of ecosystems is protected somewhere10

The total extent of legal protection currently afforded to a selection of New Zealand's environments ranges from approximately 10 percent for marine inside the territorial limits (through marine reserves) to 60 percent for wetlands.

Lowland areas in the North Island and eastern South Island remain poorly protected and vulnerable to development. The full range of New Zealand's marine habitats inside the 12 nautical mile territorial limit is not yet represented in marine protected areas. Currently, the total area under protection around the New Zealand mainland coasts is limited (3.5 percent). 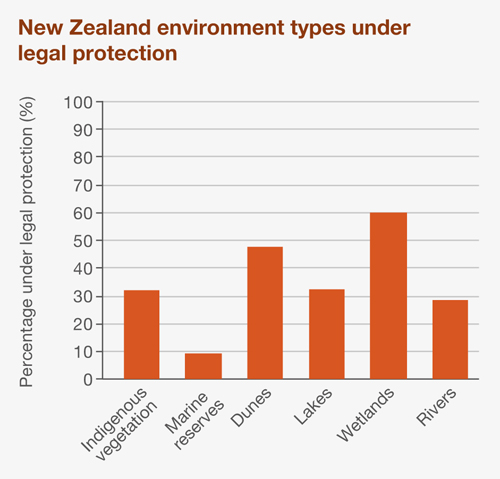 The extent of protection shown here is as a proportion of the ecosystem type currently remaining. Some ecosystem types, such as wetlands, have been hugely reduced from their extents before human settlement. There has been good progress made to protect what remains, but that legacy is but a trace of the wetlands that were found in New Zealand. Relative to their historic extents, wetlands and dunes remain a priority for protection.

Approximately 9.8 percent, or 17,700 km2, of New Zealand's marine area inside the 12 nautical mile territorial limit is protected within marine reserves. Almost all (17,083 km2 or 96.5 percent) of this total is protecting the ecologically important offshore island marine areas of the Kermadec and subantarctic groups, whereas 617 km2 or 3.5 percent of the total is around New Zealand mainland coasts. 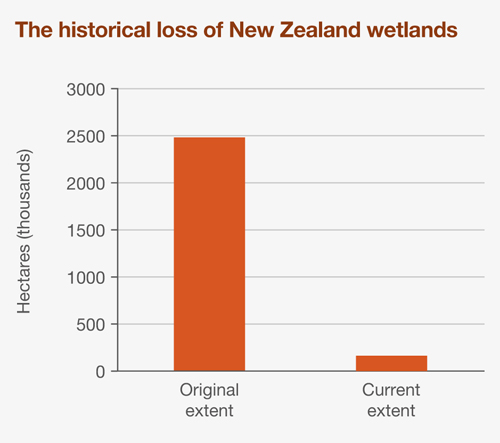 Battle for our Birds 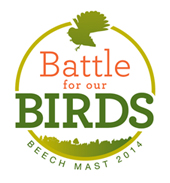 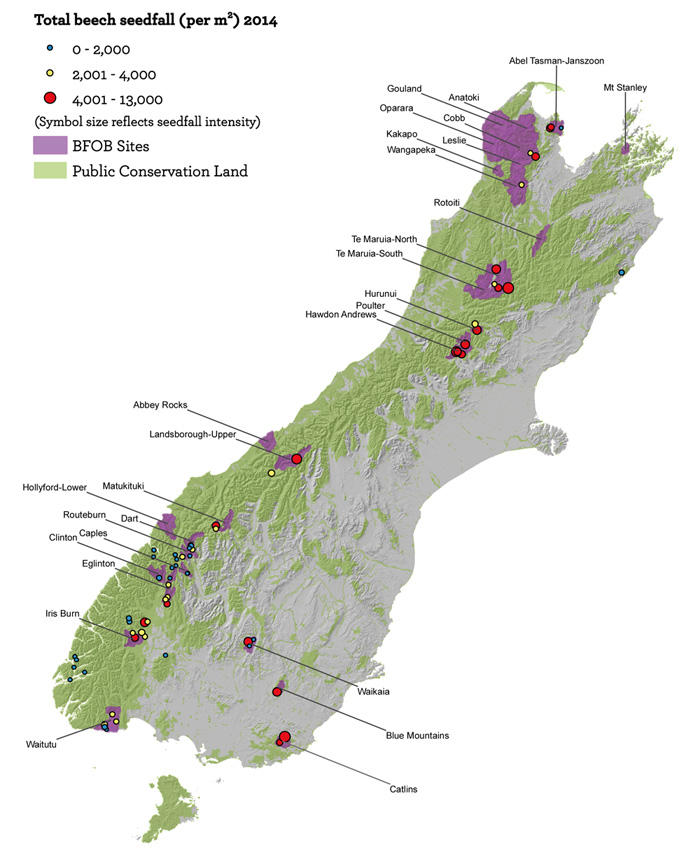 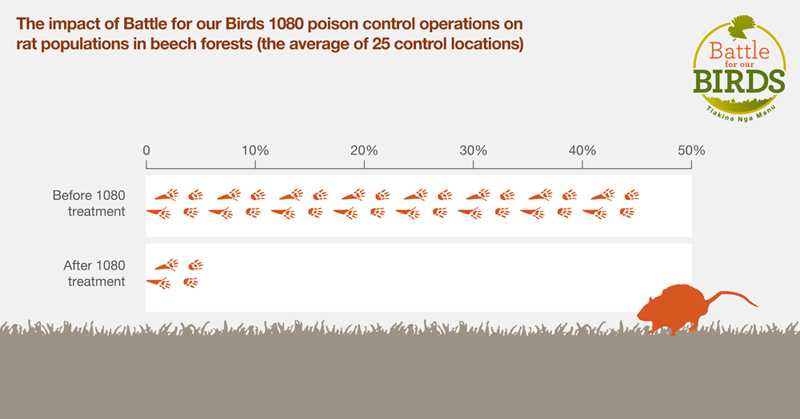 8 There are considered to be ten kiwi taxa – for more information see the Kiwis for Kiwi website www.kiwisforkiwi.org

10 This indicator is made up of terrestrial, freshwater and marine components. The terrestrial component has met its first milestone of more than 400 ecosystem management units under management. The marine and freshwater components will be progressed through the stretch goals established during the 2014/15 year.

11 DOC considers that performance has been achieved when the output is within a tolerance level acceptable for the nature of the operation. For field operations, this is generally within +/-10% of the projected performance target. For significant outputs however, as shown on the 'Summary of Output Performance' table, this tolerance is +/-5%. When outside these ranges, a variance comment is provided.

12 The marine mammal data is derived from the legal area of each marine mammal sanctuary (DOC Conservation Units), which may differ from earlier area calculations using GIS tools, due to aspects such as differing projection.