We work with Stuff and community organisations on the Wasp Wipeout project to increase wasp control and reduce their numbers in some areas worst affected by wasps. 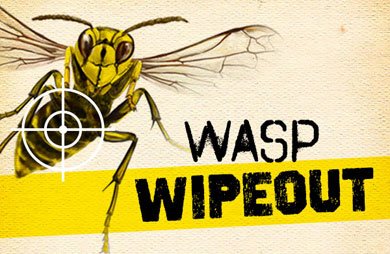 Introduced wasps are one of the most damaging insect pests in New Zealand. They harm our native birds and insects. Wasps are also a significant nuisance for people.

Stuff runs a Wasp Wipeout campaign on its digital and print channels to raise awareness of the wasp problem and inspire donations for wasp control, and also to encourage people to help carry out wasp control.

DOC provides technical expertise and plans and carries out wasp control at priority sites on public conservation land. This helps protect native wildlife. It also helps prevent wasps being a nuisance to visitors at tracks, huts and picnic spots.

The donated funds support community groups and volunteers to do wasp control in conservation areas and at other places.

Wasp Wipeout wasp control is being planned from late summer in Nelson Tasman, Marlborough, Central Otago, parts of Canterbury and the West Coast. Wasp control is also planned on the Manawatu Gorge Walk and the Tōtara Reserve in Manawatu in collaboration with Horizons Regional Council.

You can donate at Givealittle.

All donations go to the Tasman Environmental Trust which distributes the funds for wasp control operations, including purchasing bait and bait stations.